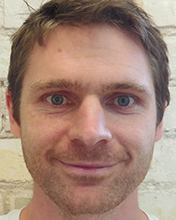 At the start of 2017 ‘Bitcoin’ entered the zeitgeist and has since never left. It’s mentioned everywhere online. It’s mentioned by everyone at work. It’s even mentioned as pick-up lines in online dating apps albeit to unknown success.

So what’s all the fuss about? What is Bitcoin and the blockchain?

Quite simply Bitcoin is decentralized digital money and the one word in that definition that makes it so revolutionary is the first one. It’s decentralised.

Digital money is nothing new, we use it everyday in our lives and have done so for years. We use digital money through online banking when paying bills and moving money between accounts, or when paying for things online. However with all these scenarios there is one thing in common. You have to go through a central authority – a bank or a credit card company, and that gives them a lot of power and control.

They decide where your money can or can’t go, they decide the fees they charge you, they decide the data they keep on you. Have you ever thought why it costs so much to send money overseas? Shouldn’t it be fast and seamless with today’s technology? Also why do I need to be charged 3.5% on every credit card transaction? Is the value that these credit card companies provide really worth the amount of money they are earning from online transactions?

The fundamental question this brings us to is, do we really need centralisation in our monetary system?

Well, a central authority does an extremely important job, they validate transactions. They check their ledger to make sure I have enough money in my account to send to someone else and that the transaction has been confirmed via both parties.

So if we are to get rid of a central authority how would a decentralised payment system work?

We would still need a ledger and someone to check each transaction, without this people would be able to spend money they don’t have or spend the same money twice as there is no one to check their balance, their incomings and their outgoings.

But who would we give this ledger too?

Rather then trust one random stranger online with this vitally important job, Bitcoin trusts thousands of strangers scattered all over the glove where the majority have to agree upon the validity of a transaction before it is confirmed. This distributed trust network is another technology you may have first heard about in the last 18 months, ‘The blockchain.’

If you were to look up the definition of a blockchain you may read something along the lines of, “A continuously growing list of records, called blocks, which are linked and secured using cryptography.” This definition is very opaque, a more understable definition of a blockchain is, ‘A ledger that is duplicated thousands of times across a network of computers that regularly update.’ On the face of it, it is that simple – where instead of only the bank having a ledger of account numbers and the cash balance associated with each account, thousands of people have it.

It is important to note that the blockchain was invented along with Bitcoin but they are not inherently tied together, Bitcoin is just one application built using a blockchain. A blockchain can be used for a multitude of technologies and applications like logistics, property ownership and healthcare to name a few.

But back to Bitcoin, it has now been around for almost 10 years, it has undergone thousands of attacks from hackers and governments yet not once has the network been taken offline or taken down. It has so much computer power behind it that that a successful attack on it is practically impossible. It is a financial technology that is not going anywhere.