What Is Libra? Breaking Down Facebook’s New Digital Currency 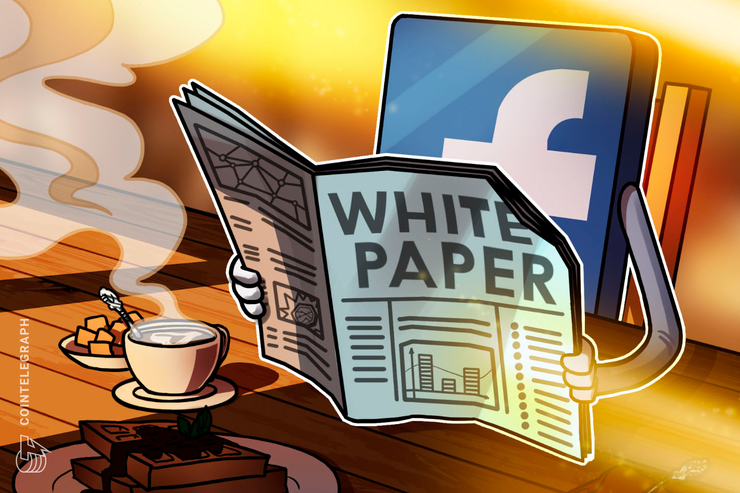 Facebook has been in the news quite often over the past few years — and usually for all the wrong reasons. The social media giant has been lambasted over its privacy practices, its seemingly anti-consumer stance and even an apparent investor revolt in which shareholders voted (albeit symbolically) to remove Mark Zuckerberg from the board of directors.

However, the company’s most recent announcement that it is launching a digital currencyappears to be finally turning the tide for Facebook. The new coin, dubbed Libra, is a stablecoin of sorts, though it functions much differently than currencies like tether. Additionally, Facebook has built a blockchain to support Libra.

Facebook intends for the new cryptocurrency to be a replacement for paper money and even credit cards, in many cases. The goal is to create a more efficient payment system that holders can use immediately and directly from their apps. This includes transferring money to friends or family (much like Venmo, but without many of the restrictions), paying merchants for services, and acting as a replacement for cash in underbanked areas.

One of the company’s biggest stated goals is for Libra to function as currency for migrant workers, unbanked populations in the developing world and more. By creating a simple system that offers similar fungibility to cash, Libra can help people keep their funds safe and accessible, even without banks.

While it definitely seems promising, there are questions about exactly how Libra will operate, as well as who will oversee its management. However, industry insiders and observers have hailed this as a positive development for a niche sector desperately in need of mainstream appeal.

In many ways, Libra is similar to other cryptocurrencies and especially stablecoins. It is built on a native blockchain and backed by a reserve of several currencies meant to mitigate the impact of price volatility. On the other hand, the new digital currency is different enough from other coins to warrant a closer look, especially now that the team has released its testnet and accompanying white paper.

According to the project’s leadership, the idea for Libra is to operate more as digital cash than the traditional speculative function most cryptocurrencies serve. To this end, Libra is designed to be easier to transact with and to offer faster throughput along with quicker validation times. Despite the similarity to fiat-pegged stablecoins, Libra is an alternative that is fundamentally and technically different — too different, some believe.

Libra strays from the beaten path

First, Libra is a blockchain without the blocks, or the chains. While the Libra blockchain is technically structured like many others, it functions quite differently, relying on validators with permissioned access rather than nodes on the chain. The white paper itself states, “There is no concept of a block of transactions in the ledger history,” with data assigned to validators sequentially (by number) instead of in groups.

In short, instead of operating like a traditional distributed ledger (in clusters of data), the Libra blockchain uses a single data structure that records all transactions and states over time. It is also worth noting that currently, the validator network is made up of 27 companies — including major names like Visa, MasterCard, PayPal, eBay, Uber and Vodafone — which have each pledged $10 million for Libra’s development, and the foundation plans to have up to 100 validators in total.

Libra is based on a new programming language called Move, which will eventually be used for smart contracts, and therefore full applications on the Libra “blockchain.” This is a more complex procedure than the standard forking method most blockchains utilize, as it requires a ground-up approach. However, due to Libra’s goals and technical complexity, working on a proprietary framework makes future development easier.

Due to these unique twists in the traditional blockchain architecture, some experts argue that Libra isn’t quite a blockchain. According to SilaMoney Chief Technology Officer Alexander Lipton, for instance:

“Libra is NOT a blockchain in the traditional sense, since it is lacking most, if not all necessary attributes; it has to be open, public, censorship resistant, immutable, neutral, etc. which Libra is not, based on the whitepaper.”

To make use of the storage and bandwidth, expect to pay Facebook — or the Libra Association — a fixed fee. The fee, along with the basket of assets being held in the Libra Reserve, is expected to be enough to cover Libra’s operational expenses, as well as to pay out dividends to holders. While some have argued that this model is unfeasible, others believe that even just the interest on the reserve funds could be enough to keep investors receiving dividends and cover operational overhead.

Others have noted that no matter how its structured, Libra will still earn dividends. According to Alex Frenkel, GM at the Kin Ecosystem:

“The white paper seems to indicate that Facebook won’t get a cut through transactions, but that doesn’t mean that they don’t stand to substantially profit. Their focus on international remittances and similarities to modern banking structures show that the Libra Association could earn big dividends on the interest.”

Moreover, Libra promises some intriguing technical specifications. The blockchain will use a byzantine fault tolerance (BFT) consensus method, which helps expedite transactions due to lower verification thresholds and faster validation times. It also makes it much more resistant to bad-faith actors.

Additionally, the permissioned and limited-access nature of the network reduces the overall load of managing nodes. Though the resulting product will be fast — at an estimated 1,000 transactions per second — the compromises made to get there are enough for the biggest blockchain advocates to cry foul. Industry guru Andreas Antonopolous, for example, said:

“What Facebook, or any company like Facebook, is proposing is not a cryptocurrency. It doesn’t have any of the fundamental characteristics of cryptocurrency. It doesn’t stand on the five pillars of an open blockchain. These are open, public, neutral, censorship-resistant, and borderless. Facebook has left true decentralization by the wayside in exchange for broader industry appeal.”

The issue of centralization weighs heavy on many of the new coin’s critics. For one, blockchain’s goal is to remove the need for central control and provide a more transparent transaction process. As Decred co-founder Jake Yocom-Piatt notes, “Libra goes against the central ideological underpinning of cryptocurrency — it’s not decentralized. Facebook has already garnered a reputation for questionable privacy practices.”

The president and founder of the Saga Foundation, Ido Sadeh Man, added that, “If the control over the currency remains in the unelected hands of Facebook and its commercial partners alone, this might very well turn the dream into a nightmare for all of us.”

On the other hand, Antoni Trenchev, co-founder and managing partner at Nexo, shared with Cointelegraph perhaps the most popular opinion among consumers:

“We believe that Libra’s concept of minimal volatility will lower foreign exchange (FX) cost and facilitate even smoother cross-border trading capabilities and social inclusion. Libra will bring broad financial institutional support and will encourage mass adoption of cryptocurrencies in a variety of activities, notably in e-commerce, investments, social media interactions, the shared economy and beyond.”

Although new entrants to the market are usually seen as rivals, Libra’s testnet and launch announcement have been met with general enthusiasm from the broader crypto community. Despite the added pressure from a new major player in the sector, the announcement is seen as an important step toward mainstream acceptance of crypto. Tron founder and CEO Justin Sun told Cointelegraph:

“I’m excited to see Facebook entering the blockchain space with its Project Libra cryptocurrency. Just like JP Morgan and IBM, some of the biggest companies in the world are starting to recognize the promise of cryptocurrency and see its potential for changing the way consumers and businesses interact globally.”

Even so, these optimistic statements come with some reservations. Facebook’s track record on privacy is still a concern to some observers, and even the United States Senate Banking Committee has set a hearing to discuss Libra’s potential impact as well as regulatory concerns. Echoing these concerns in some regard, Sun also acknowledged that “there are of course many questions outstanding: regulation, interoperability, and openness, to name just a few.”

“This is a truly important and monumental step for the blockchain and the cryptocurrency industry. Gradually, Facebook’s coin will likely become increasingly regulated, else governments will likely begin censoring network participants (who are accredited investors and multinational corporations).”

One of the biggest advantages Facebook will have once it fully launches Libra is its massive user base. Its ability to market to a captive audience could help boost adoption numbers. In comments to Cointelegraph, Binance founder and CEO Changpeng Zhao noted:

“Facebook probably has a hundred times more users than the cryptocurrency industry combined today. The Facebook project will educate a lot of people about cryptocurrency. Regardless of the criticisms targeted at the company, I believe this is good for the industry in the long run.”

For now, Libra’s testnet is the first real glimpse the industry has had into the new digital currency. Some are already comparing Libra to other cryptocurrencies and remain skeptical. To many, Libra’s centralized nature and the lack of transparency Facebook is generally known for make it a dangerous tool. They see increasing regulation, especially as the assets sustaining Libra’s price are controlled by a centralized legal entity, making it easier to co-opt the system.

Others see this difference as a positive. Xavier Rashotsky, the director of special projects at blockchain firm Salt, notes that “we can be certain that Libra will have a reasonably different profile than the inflationary and economically volatile underpinnings of a USD-backed stablecoin. Libra will compete with popularized stablecoins as a new, innovative, and substitutable product deployed on proven and adopted forums.”

Regardless, the creation of Facebook’s Libra remains a potentially momentous occasion for the crypto community. The new coin already has support from many corners in the sector and could be a major step in the right direction for an industry looking for mainstream legitimacy. While it is unlikely to fulfill the goal of a truly decentralized currency, Libra could be a milestone into crypto becoming a broadly accepted technology.