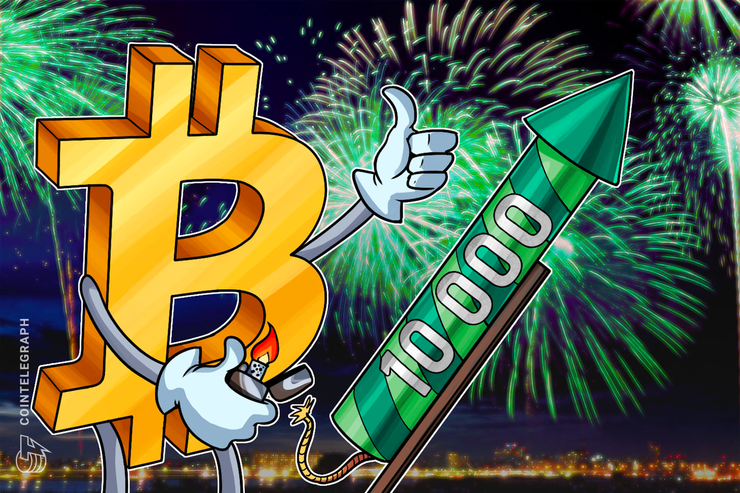 Bitcoin (BTC) has continued its steady rally in price over the past three months to break $10,000 today for the first time in over a year, according to Coin360.

Bitcoin’s recent price rally has seen commentators like Fundstrat’s Tom Lee predict new record prices for the crypto in the future, as Cointelegraph reported on June 19.

Also this week, the bitcoin hash rate — the total computing power of the bitcoin network — hitnew all-time highs. Bitcoin breaking a multi-year high, the growth in hash rate can be taken as a measure of how much interest there is in mining the coin.