Posted on June 28, 2019 by Howard Mahere
By
Ana Alexandre 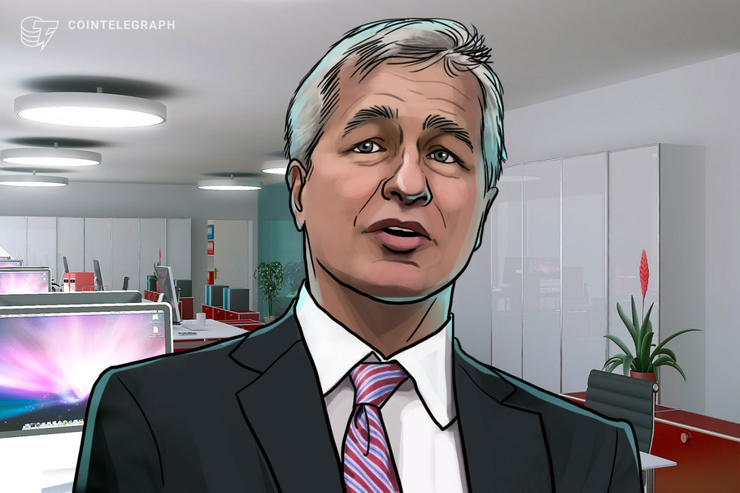 JPMorgan Chase CEO Jamie Dimon said that he does not think that cryptocurrency projects pose an existential threat to JPMorgan’s core business.

During an interview with Yahoo Finance on June 27, Dimon discussed crypto’s potential impact on the existing banking system:

Dimon further stressed that all transactions are conducted in compliance with Know Your Customer and anti-money laundering procedures.

While the CEO stated that the bank’s core business is likely not threatened by crypto, he stated that they do provide healthy competition and that some firms “want to eat our lunch.”

In order to stay competitive, Dimon said that the firm is continually developing new offerings like free trading, robo investing and other services for its customers.

JPMorgan is reportedly expecting to pilot its own cryptocurrency JPM Coin by the end of 2019. Umar Farooq, head of digital treasury services and blockchain at JPMorgan, stated that the bank’s stablecoin has a potential to enable “instant” delivery of bonds via blockchain.

Earlier today, Cointelegraph reported that Goldman Sachs’ chief executive David Solomon said that he believes global payment systems are heading in the direction of stablecoins. “Assume that all major financial institutions around the world are looking at the potential of tokenization, stablecoins and frictionless payments,” he stated.

Solomon also suggested that tech giants such as Facebook would like to avoid the regulatory constraints that banks face, making it more likely that they would try to enter into partnerships than become financial institutions themselves.