The most popular news outlet in the UK is placing Bitcoin front-and-center for its audience of 33 million readers.

The Sun published an article on Bitcoin’s limited supply and the fact that 85% of all BTC has nowbeen mined. The article quotes a viral tweet from the popular crypto trader Rhythm, who said “scarcity is about to kick in.” 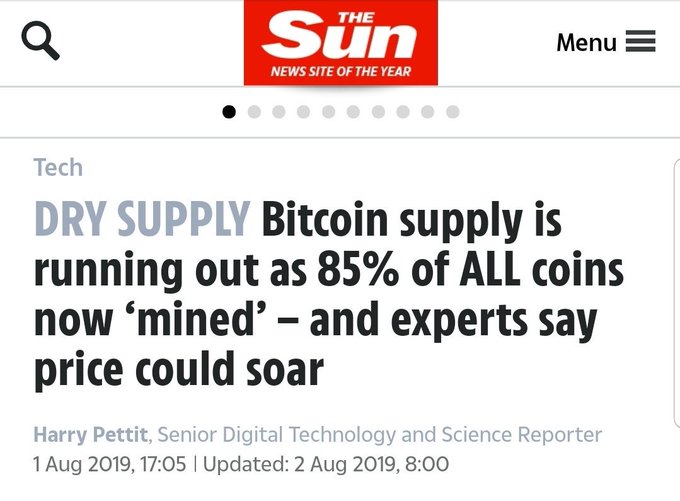 “Previous analyses have suggested that the coin’s value could jump as it becomes more scarce over time. Trusted crypto-analyst PlanB recently calculated that the coin could ten times its current worth to around £82,000 per Bitcoin by March 2020.

Others are less optimistic and argue that a recent value boom fed by Facebook’s announcement that it is creating its own cryptocurrency will taper off by 2020.” 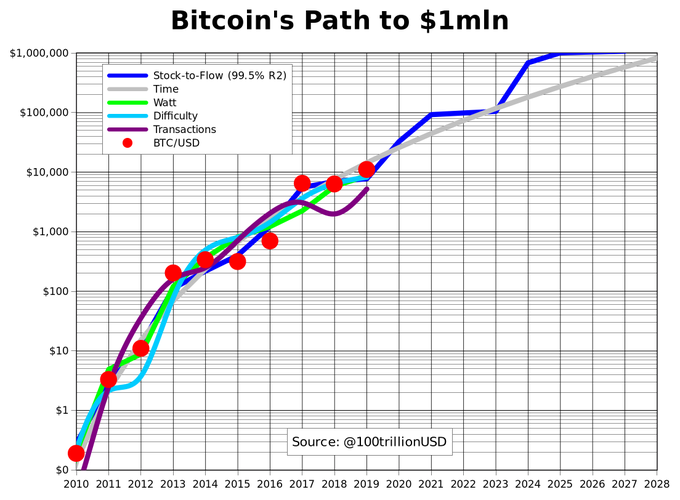 The indicator is gaining more exposure in the mainstream after CNBC anchor Joe Kernen brought it up on Squawk Box.

New numbers from Agility PR Solutions place The Sun as the largest newspaper in the UK. In April, the media giant published an outline of its readership, saying a collective audience of 33 million adults read the outlet every month.

You can check out the full article on Bitcoin from The Sun here.