Crypto entrepreneur and investor James Todaro says five Bitcoin charts show the leading cryptocurrency is past of the point of being just another Beanie Babies bubble.

According to Todaro, “five insanely bullish charts” show how Bitcoin has exploded onto the global scene, despite an erratic run that caught many investors in its cross hairs.

1/ Bitcoin looks nothing like the Tulip Mania or South Sea Company bubbles, which only lasted an illiquid and brief 3 years.

Bitcoin has been growing for 10 years with billions of dollars traded daily.

In the second chart, Todaro shows an analysis of Bitcoin’s dollar-cost average.

“If you dollar cost averaged into bitcoin weekly, every year would result in positive returns at today’s prices, including 2018 and 2019.” 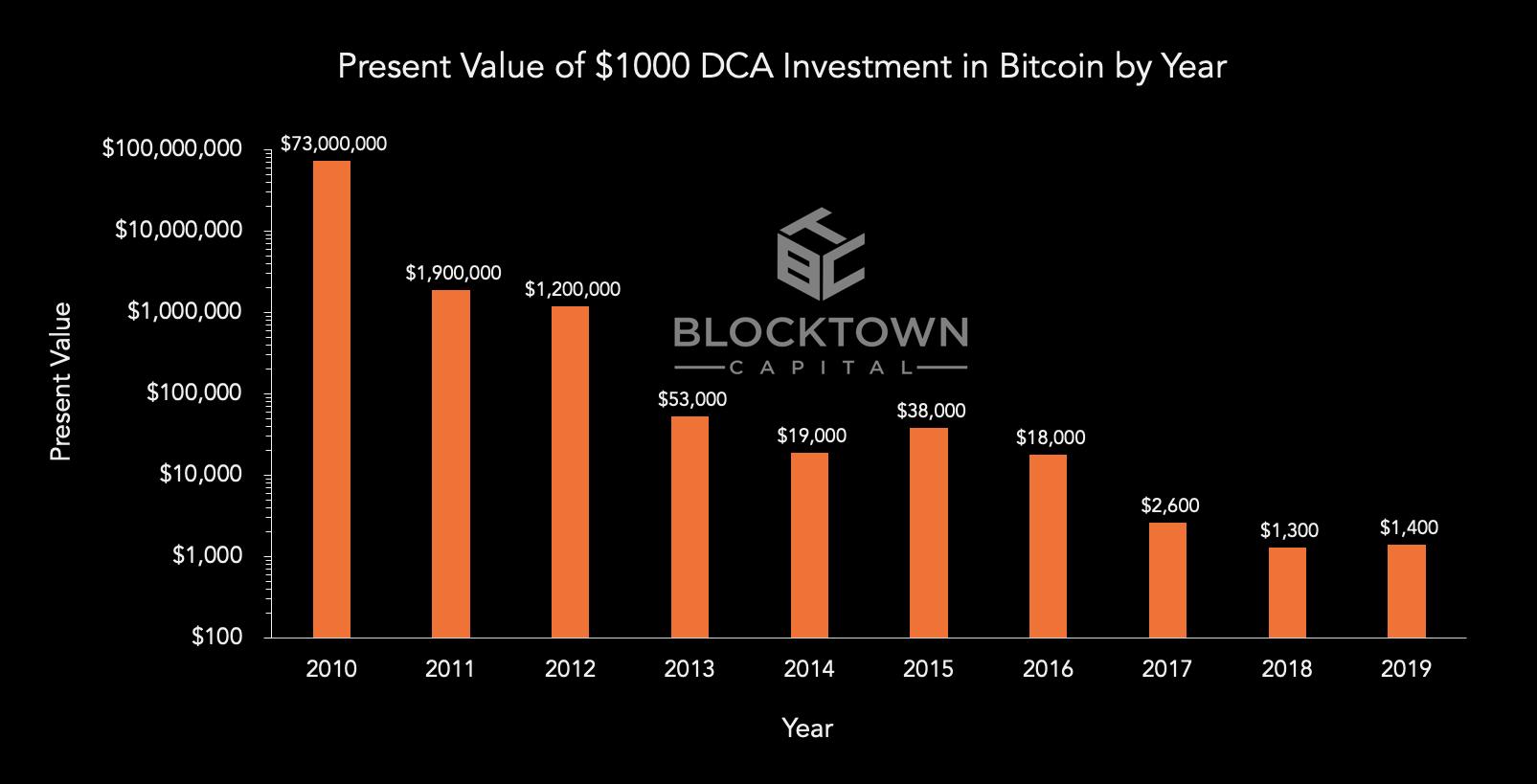 The third chart shows how well Bitcoin stacks up against big tech stocks such as Google and finance powerhouse Berkshire Hathaway which has a vast portfolio of big brands such as GEICO, Duracell, Fruit of the Loom, Wells Fargo, Coca-Cola, Bank of America and Apple.

3/ Bitcoin dominates the best performing tech stocks in returns over the past decade, even when giving tech companies a 4 year head start. 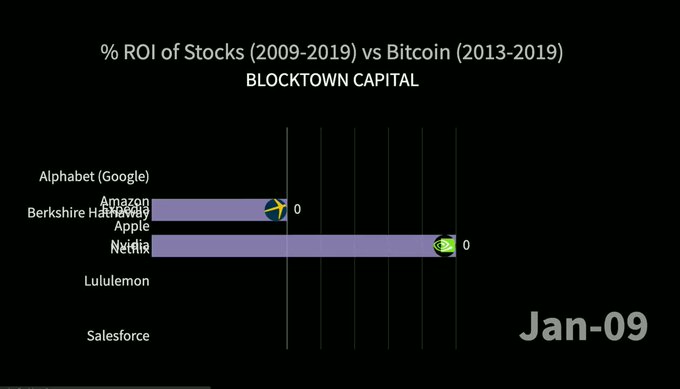 The fourth chart shows Bitcoin’s market cap trailing behind the Chinese yuan, the US dollar and gold. At $182 billion, Bitcoin ranks third from the bottom, after a long list of fiat currencies.

Todaro calls it an upside.

“On the scale of a global currency, bitcoin is still small, just passing the Colombian peso and New Zealand dollar in market cap, and is still far from the market cap of gold. There is tremendous room for bitcoin to grow into a global store of value.” 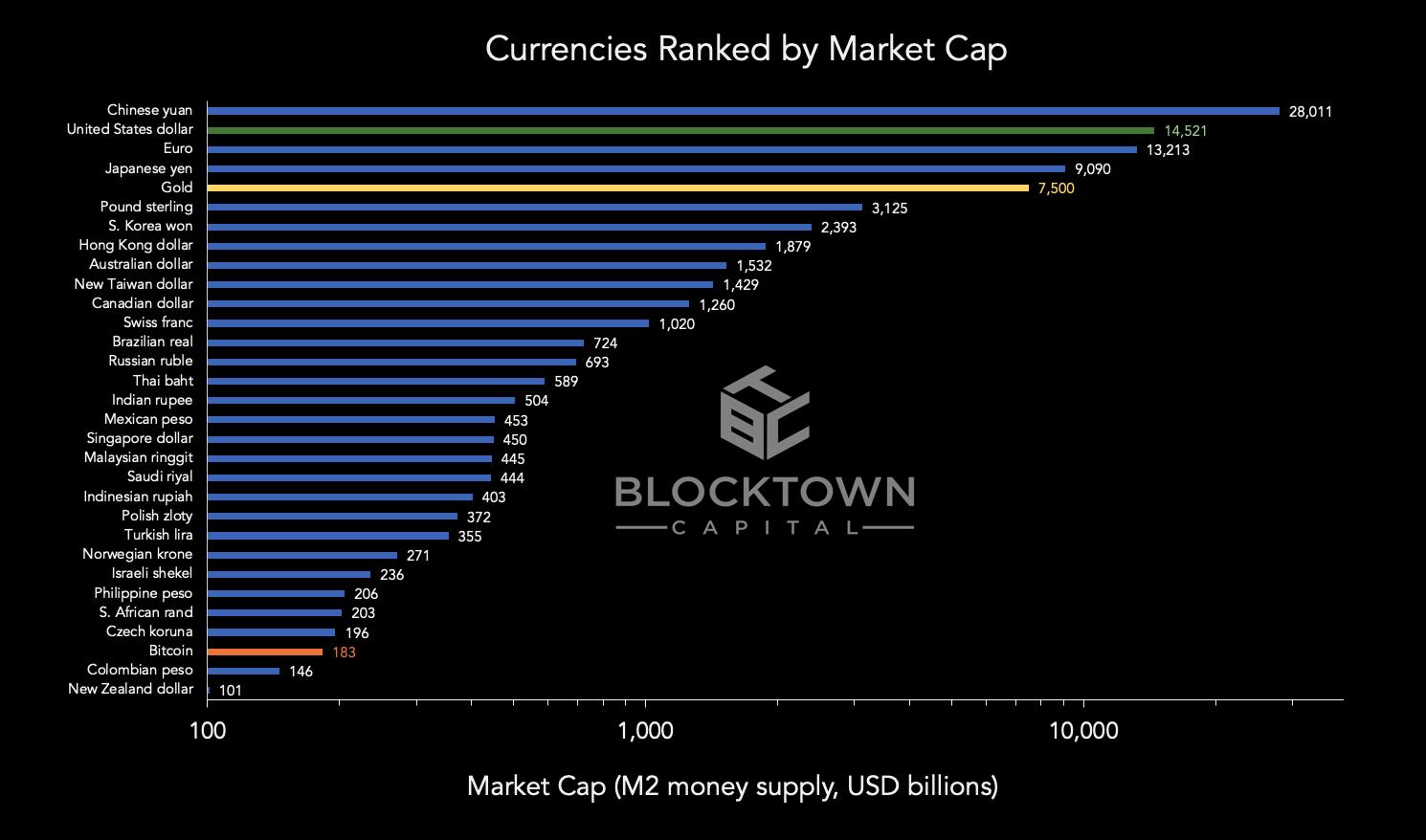 In the fifth chart, Todaro compares Bitcoin’s return on investment to hot tech companies and their pre-ICO valuations, such as Uber and Lyft, Facebook and Twitter.

“Returns over 10,000% were previously only available to accredited investors and VCs in the form of private equity deals. Bitcoin levels the playing field, allowing anyone to invest with the opportunity for tremendous gains.” 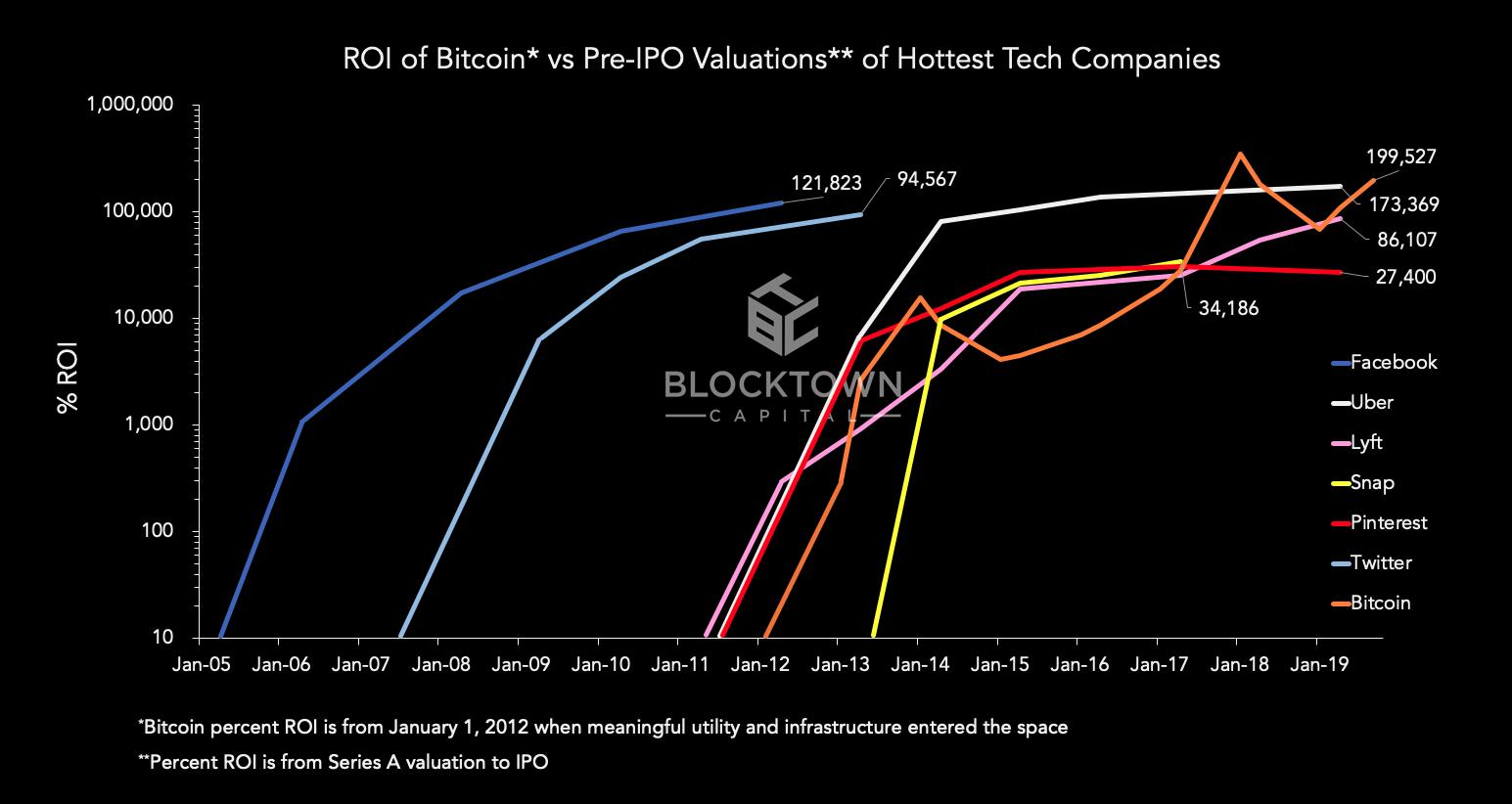 Despite the bullish charts, Bitcoin is a risky investment with a number of factors threatening price, adoption and widespread use – from regulatory clarity to government bans to stories about exchange hacks and lost bitcoins to competing blockchains, scalability issues and the ongoing challenge of educating the masses about crypto wallets, custody and everyday usage.

Timing is also another critical factor for investors, according to Fundstrat managing partner Tom Lee.

Lee’s analysis of Bitcoin’s past price history shows that the world’s leading cryptocurrency makes most of its gains in just 10 disparate days of a given year.

But if you don’t own Bitcoin for those 10 best days out of the year, Lee says the annual return is -25%.